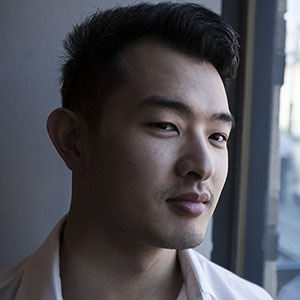 I came to the US with my parents when I was one years old from Vietnam, typical story of a first generation immigrant who's parents came here with nothing and were able to come up pretty well off. As a child I was very fond and talented at drawing, specifically replicating pictures or drawing from memory. I recognized shapes and lines and was able to see patterns. I was able to replicate (decently I think) a lot of "karate" moves I saw on Mighty Morphin Power Rangers. I was fascinated by video games and mechs. My first crush was Amy Jo Johnson, as was everyones. I remember we would have 'fights' in elementary school over her.

(included a search to find your nostalgic crush)

Music was always a big passion for me, my dad got me a cassette player when I was 6. I was always listening to music (The Eagles, George Michael, Chris De Burgh, Michael Jackson, ABBA) when we were picking up my mom. I remember sometimes I would go through the cassette twice in a trip. I naturally picked up DJing in 2014; so still new. I love it because there is always some new, fresh track (whether its new or an oldie) and there's still a lot to learn. I was able to teach myself how to do it watching tutorials, studying under DJs. I am grateful I found a way to express myself and utilize a lot of my skills. I liked that this gives me my own unique feel for music. I believe a good DJ plays what people want to hear but a great DJ plays what people did not know what they wanted to hear (Dada Life). It is about introducing to new music and controlling the party/event/club. I liked the ability to control movement and the general 'fun' of the party. When studying or even doing coding, music (tech house, minimal, non-vocal trance) helps me concentrate and think. Though I could always do without; so its not a necessity either.

When I was 11, I discovered Napster and AOL Instant Messenger and I played less and less of console video games and learned how to use the computer. When I was 12 I built my own computer and have been building my PCs since. Being on the PC gave me access to music and talking to people both all over the world. I became fascinated with trance, I think I started streaming Digitally Imported Radio and looking up tracklist and finding the tracks. This was of course with 56k, so it would take my about 30min to "share" a mp3 file and if I was lucky, I would not be disconnected by a phone call.
Good times.

I went to Christopher Newport University, I studied Business with a focus on Accounting because I still did not know what I wanted to do. It wasn't too difficult to study and it was not that hard to memorize; I know all the wrong reasons. I did like some of the business classes such as Organizational Behavior and Business law; and after all, Accounting is the language of business. After college, I tried to do the CPA Becker studies but my heart and passions weren't in it. Looking at the past I have been able to learn things effectively and efficiently if I was into them such as :building computers, fashion, photography, photoshop, weight training, video games, DJing, martial arts, random survival knowledge from Boy Scouts. I will say that Boy Scouts has best prepared me for the 21st century in terms of Googling and Youtubing to find solutions.

I always liked learning and self-improvement because there is so much to learn and so much to improve upon. My parents sacrificed alot to raise me and my sister, so that we could pursue what we actually wanted to do. I believe I am gifted and talented but I would like more ways to apply my creativity. The only way of doing that in Accounting is through somewhat sketchy tax tinkering. I recently had a quarter life crisis and realized that I could not do my current job, as an analyst, for 5 or even 1 more year. I was always fond of coding and was very resourceful throughout the internet. Gadgets and technology always interested me, this seemed like the obvious step. I was always afraid of failing. However, I gained a tremendous amount of confidence with DJing. In 2 years I was able to get way farther than I ever expected to the reason being was I really enjoyed it and I was determined and focused. Determination and focus correlate with time (100,000 hours to be an expert etc). I want to take the same approach to coding as I did with DJing. 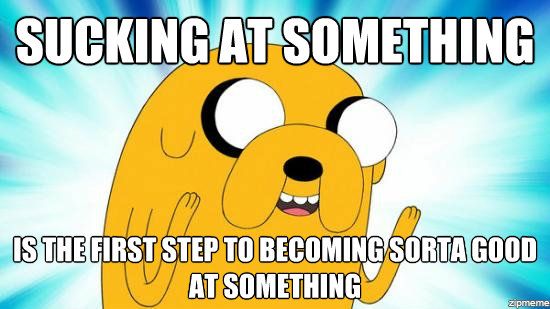 I do not think there's anything wrong with simplicity. In fact, Taoism promotes simplicity because that is the basis of happiness (see Pooh vs Rabbit). I will always say Just live by a few mantras and smile from time to time. The only person you are competing with is the person you were yesterday. and Just do what makes you happy